I. Social perception: ways we perceive, evaluate, categorize, and form judgements about qualities of people we encounter

b) Positive first impressions = hard to earn and easily lost

a) generalized assumptions of certain groups of people

b) Shortcut to evaluate others

a) Assumptions about how traits are related to each other

b) Organized around central traits: traits we tend to associate with

from our initial impressions

II. Forming Impressions of Others:

1. Your reactions determined by perceptions

3. You evaluate against social norms

E. Physical attractiveness: a book by its cover

1. Factors that Contribute to Interpersonal Attraction:

c) Reciprocity: when treated kindly, we tend to be kind too

What is the attribution theory?

Don't forget about the age old question of michael polcen

A. Attribution theory: tendency to attribute people’s behavior either to dispositional (internal - self) causes or situational (external - situation) causes Don't forget about the age old question of cde 232 asu

1. The Correspondent Inference Theory: tries to explain attributions we make by looking at conditions under which we make them

a) Social desirability or “expectedness”

When does behavior lead to attitudes?

b) Noncommon effects: Degree to which their behavior is focused

internal; if they were forced, we attribute to external

2. Covariation Principle: we try to figure out causes and effects

D. False Consensus Bias If you want to learn more check out 8) A defendant fails to answer a civil lawsuit, what is likely to happen?

1. Assumption that most people share our own attitudes and behaviors E. Illusion of Control

1. Belief that we control events in our lives, even those that are influenced primarily by external causes

2. Ex. gamblers believing they can tell when a machine is ready to get hot by observing patterns of other players’ payoffs

A. Learned, relatively enduring dispositions to respond in consistently favorable or unfavorable ways to certain people, groups, ideas, or situations

B. How we develop attitudes:

1. Understanding function: help us make sense of the world

2. Social identification function: attitudes of others provide us with Don't forget about the age old question of selective incentives are necessary for some interest groups because

3. Social adjustment function: the attitudes we express allow us to identify with/gain approval from our peers

a) Impression management: tendency to select what to reveal

about our attitudes depending on how we think it will affect

Affective: How we feel

Behavioral: How we act

Cognitive: How we think

a) If other social factors are not as strong, attitudes will guide

(1) Ex. teenager against drinking → usually says no to alc

→ more likely to do it

2. Tendency to adopt stereotypes about groups to which we belong

a) Stereotype threat: vulnerability of subject to conform to negative

3. Relevance of an attitude to the behavior

F. Attitudes Lead to Behavior When:

2. When formed through direct experience

3. When you are very knowledgeable

4. When you anticipate favorable outcome/reaction

G. When does Behavior lead to Attitudes?

1. When there is cognitive dissonance

a) Ways in which beliefs and attitudes are consistent/inconsistent

related cognitions are in conflict

(1) Ex. always considered yourself a supporter of women’s

right to choose abortion, but find yourself protesting

when your friend decides to have an abortion

2. To resolve, attitudes are changed to be consistent with behavior (or other attitudes)

A. Effective persuasion consists of:

VI. Prejudice: negative, unjustifiable and inflexible attitude toward a group and its members based on erroneous information

A. Based on stereotypes: preconceived and oversimplified beliefs and

expectations about traits of members of a group

B. Effects of stereotyped thinking

1. Discrimination: victims of prejudice treated differently from others

2. Influence what we do and don’t see

C. From Stereotypes to Prejudice

a) Tendency to see one’s own group in favorable light

2. Social identity - fit within the group

A. Implicit Association Test (IAT): tries to measure strength of associations between group of people

1. The stronger the association between images of a concept and

negative or positive terms → the stronger that person’s implicit attitude

“Efforts by others to alter our feelings, beliefs, and behavior”

I. Conformity: tendency to change/modify our behaviors to be consistent with others’ A. Group Pressure (Solomon Asch)

but 1 in 3 subjects adjusted responses to match incorrect

judgements of others in half or more of the 12 trials

B. Reasons for Conformity

due to an actual change in belief

D. Most Likely to Conform When:

1. Unanimity of the majority group

4. Familiarity with the attitude object

6. Perceptions about other group members

II. Groupthink: psychological drive for consensus at any cost that suppresses dissent in group decision making

B. Has led to disastrous consequences

III. Compliance: like conformity but involves an element of coercion A. Foot-in-the-Door Technique

1. A person is first asked to agree to a minor request that precedes a more major request

IV. Obedience: alter our behavior in response to commands from people we think have power/authority

1. Teacher (the subject) told to administer shocks to the student (who was working with the experimenter) everytime they got the answer wrong

2. Student (working with experimenter) was told to get answers wrong 3. Shocks increase in intensity with each wrong answer

4. If Teacher wanted to opt out, experimenter pressured them: “You have no other choice, you must continue”

5. Why did they continue?

a) May have convinced themselves it wasn’t their fault, it was the

experimenters fault for having them continue

b) Authority figure has visible symbols of power (ex. Police

c) Many are trapped by series of seemingly harmless orders that

escalate to more serious ones

B. Influences on Obedience

5. Physical and psychological separation from the learner

1. Reduce buffers between teacher and learner

2. Increase distance between experimenter and teacher

A. Altruism and Prosocial Behavior

B. Factors that Increase Bystander helping:

3. Seeing others willing to help

4. Perceiving the other as deserving help

5. Knowing how to help

a) Diffusion of responsibility

b) Normative and informational social influence

2. Being in a big city or a very small town

a) Group is people we know

b) Group is highly valued

2. Only for simple or very well-rehearsed tasks

1. Reduction of self-awareness/inhibitions in a group where there is anonymity

3. Can be reduced with increased self-awareness

Common 4 criteria that might be used to characterize abnormal behavior: 1. Atypicality

Pattern of inattention and hyperactivity that interferes with educational, social, or occupational functioning

○ Speak when it is not their turn, fidget

A. Individual experiences numerous panic attacks (4 or more in a 4-week period)

characterized by overwhelming terror and a feeling of

A. Intense fear of being in places/situations where it would be difficult to escape or receive help during a panic attack

B. Some individuals might stay away from public places

1. Extreme case: prisoners in their own home

C. A type of phobia: persistent fear of and consequent avoidance of a specific object/situation

1. 10% of general population each year has a phobia

A. Persistent, irrational fear of doing some specific behavior (i.e. talking, eating, writing, drinking, using public bathrooms) in the presence of other people B. Some are specifically fearful of interacting with authority figures

C. 7% of adult population suffers from social anxiety each year

1. Performance anxiety: fear of specific situations (i.e. speaking, acting, or sports) in which they have to perform in front of an audience

a) Manageable - avoid these situations

A. Irrational fear of a specific situation/object

B. Most common phobic disorders but also least disruptive

A. Excessive anxiety or worry about events/domains of life (i.e. finances, health, school or work)

C. Symptoms usually begin during teen years and can continue throughout life D. About 3% of population suffers from GAD

A. Develops after an individual goes through an event that involved/threatened sexual violence, death or serious injury

B. Symptoms: recurrent distressing recollections/dreams of event, acting or feeling as if event were recurring, intense distress due to cues related to the event

I. The Psychoanalytic Perspective

A. Anxiety and symptoms of anxiety disorders appear when ego’s defenses are overused or rigidly applied or when they fail

B. Explains anxiety disorders as a response to unacceptable impulses the ego has blocked → causes constant tension and apprehension

1. They are unconscious so individual doesn’t know source of anxiety

C. Phobias may occur if anxiety is displaced onto some object, situation or social function

A. Conditioning as source of anxiety disorders

B. Pavlovian conditioning → phobias as a result of learned associations between neutral stimuli and frightening events

1. Avoidance learning: ex. avoid elevators if you fear them a lot

2. Stimulus generalization: variety of situations might cause fear/anxiety III. The Biological Perspective

A. Some with highly responsive nervous systems are more likely to develop anxiety disorders

Affects 1% of people in the world

3/100 people experience disorder at some point in their lives

○ Found in all cultures

Extreme mood swings from depression to euphoria and frantic activity

6% of population suffer from bipolar disorder

I. Bipolar I Disorder: at least one manic episode that occurs with major depression A. Symptoms of Mania:

II. Bipolar II Disorder: at least one episode of hypomania and major depression A. Cyclothymic Disorder

I. Why do people seek treatment?

Professional Training What they do Clinical Psychologist Academic Degree (Ph.D.,

III. Who is Involved in Treatment?

A. Ex. 1: Lithium for Bipolar Disorder

B. Ex. 2: Antipsychotics for Schizophrenia

A. Psychoanalysis: developed by Freud where individual’s revelations of normally unconscious cognitions are interpreted

C. Cognitive Therapies: based on premise that distortions of person’s cognitions or thoughts cause behavioral disorders

1. Method: change what they think

Methods to Measure Success of a Treatment

A. Need to rule-out spontaneous remission

B. Use of control groups

1. Psychotherapy significantly better than no treatment

3. Effects can be quite enduring

A. May be due to common elements:

B. Specific Psychotherapies for specific problems

B. More use of medications

Information from the Rest of the Semester:

Chapter 2: The Methods of Psychology

● Psychology - scientific study of behavior of humans and other animals 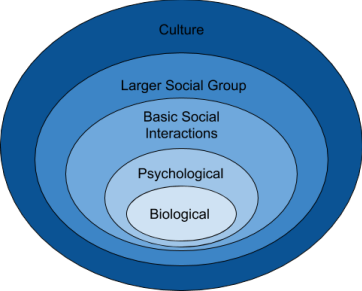 Who do you study?

● Descriptive Statistics: what does the data look like; summarizing

● Inferential Statistics: what does the data tell us; answering questions

● Constructs: what we are studying

● Variables: how we define constructs

● Operationalize: how we define variables

● Nominal: variables with no particular order

● Ordinal: variables with an order

● Interval: no true zero value, can represent values below zero

Chapter 3: The Biology of Behavior

Methods to Study the Brain

can test in multiple

Can select a tracer

Parts of the Neuron

Axon hillock Location of the axon where nerve impulses are generated

Axons Extension of neuron, covered in myelin which speeds up neural transmission

Synapses Gaps between neurons through which information is passed

● Flow of the Neural Impulse: Axon of one neuron → dendrite of the next neuron → through axon → axon → repeat

● Resting potential - state where neuron is not transmitting a nerve impulse

● Must have a certain level of voltage for action potential

● Leftover neurotransmitter in the synapse goes through reuptake or degradation

Parts of the Brain

Part of the Brain Function

Thalamus Sensory switchboard - almost everything we process goes through here

Principles of Sensation and Perception

Parts of the Eye:

Cornea Clear, domed surface that protects front of the eye

Retina Layer of nerves that takes in light

● (1) light enters and passes through cornea

Key parts of the Retina

- Concentrated on edges of the fovea

- No rods on the fovea itself

- Poor light sensors → not as good at night

- Axons of ganglion cells make up the optic nerve

● Saturation: purity; not influenced by grays

● Bottom-up processing - recognition based on components

● Top-down processing - perceptual hypothesis based on all information

● Law of Simplicity / Law of Pragnanz (governing principle): objects are perceived in a way that makes them appear as simple as possible

- what are the cash flows of a bond?