Course: History of Western Art I

What is the meaning of the vase at egypt called hierankonpolis mural (tomb 100), predynastic?

o Chaotic because of fragmented geography

What pyramid in egypt has the tallest structure for 4,500 years?

If you want to learn more check out Who co-discovered natural skeleton with charles darwin?

o Land of 1 river (the Nile), that compresses fertile valleys to  create the “Black Land” 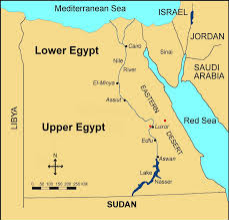 Who is the architect of the pyramid of khufu (cheops), old kingdom, dynasty iv in egypt?

Both cultures built monumental buildings: We also discuss several other topics like What do you call the smallest functional unit of a myofibril?

• The King (Pharaoh) was a god, so all had to be good in life Mesopotamian art????relatively small scale relief 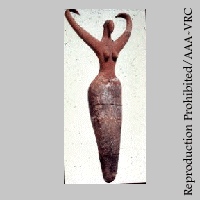 • Style: representational character vs. (Susa A Ware goblet where  image placed in service of architecture) no obvious relationship for  shape of vase; representation for its own sake—very different  course from Mesopotamian art We also discuss several other topics like What is formal organization? 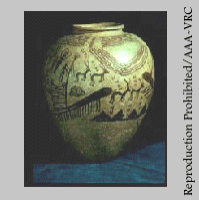 • Mural = not a Mesopotamian art form

• Life is a perpetual voyage through time

• Icon: rule????victory of Pharaoh over its enemies in the same pose,  seen over and over (i.e. kneeling figures on horizontal groundline =  simple origins for organizing) 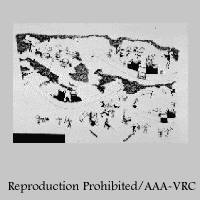 Macehead of King Scorpion If you want to learn more check out In what year did anthony kitai become a part of the houston symphony?

• Digging irrigation project for benefit of his people 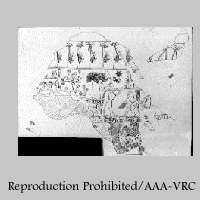 • Ground line still not there 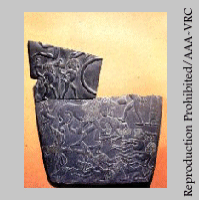 Palette of Narmer, from Hierakonoplois, Archaic (0-1) Don't forget about the age old question of Who is the grand man of the northern humanist that is a dutch intellectual?

• Sandal bearer on its own ground line

• Narmer wearing red crown claiming kingship over a united Egypt • 2 mythological creatures necks intertwined (a symbol of unity?) *There is more clarity in Narmer vs. the Battlefield Palette • Comprehensibility: composition matters. Political more important  than aesthetic  If you want to learn more check out It is a study of how energy distributed under influence of entropy, what is it? 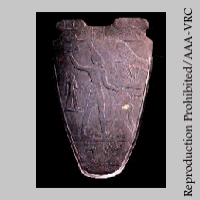 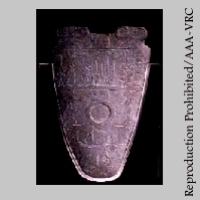 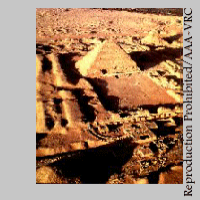 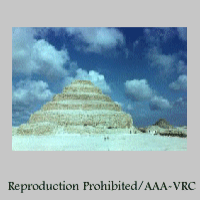 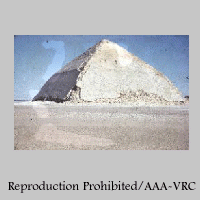 Bent (Southern) Dahsuhr Pyramid of Sneferu, Old Kingdom, Dynasty IV • Angle decreases as a result from an unstable base to carry such a  steep angle upward (bent at 54 degrees)

• How? Theory = ramps for layering courses of stone blocks 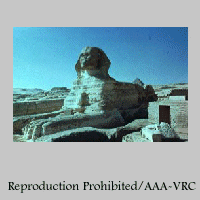 • Located in front of the Pyramid of Khafre 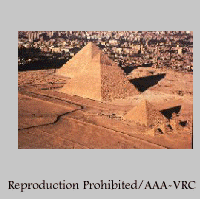 • By painting on wall, the very act ensured that Hippo hunting would  continue in the afterlife 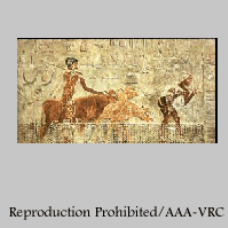 o Shows how closely related painting and sculpture were o Legs of herdsmen carved, legs painted below waterline but  not carved

• Faces: life-like and naturalistic. Bodies: simplified masses—not  particularized. There is conflict between naturalism of face and  conventional body shapes.

• Bust made of limestone coated in layer of painted plaster, which  allowed for more sensitive treatment of the surface (i.e. furrowed  brows). Plaster—not carved in stone

• Look of weary, worry???? a true intelligence behind the face of a man  who has devoted his life to Egypt/political career but his physical  self has taken a toll.

• Nothing more naturalistic than this bust

• Remarkable for its idealism—handsome, slender, youthful

• Still idealized, but no longer stands alone, queen embraces Pharaoh  instead of Horus

• Pose: faces right, some rendered frontally and parts in profile view • This pose is the canonical pose—because representation of human  figure was most clear

o Various human parts rendered in a way it was most

recognizable to inform us what a human figure looks like

• Attached to artificial backboard in high relief = canon of Dynasty V • Grid system: strict canon. Let no doubt on how to

• No longer idealized portrait, depicted with heavy furrows, sags  underneath the eyes

• Represents mood and age: anxiety of a ruler

o The Hyksos succeed in casting Egypt into chaos, ending the  12th Dynasty

In recognizing native hawaiians, what happened during 1894?

It is a type of phonetics that study of the perception of speech sounds, what is it?