SYRACUSE / Psychology / PSY 223 / What are the four lobes of the brain?

Description: All material covered for exam 1. This includes key topics, terms, and definitions, as well as all lecture notes up til the exam.

● What do they measure?

Neuroscience: study of the nervous system

- domain of biology and chemistry (physical)

Structure of the Brain:

What are the pros and cons of electroencephalography (eeg)?

● Dendrite: branching structures that receive input from other neurons ● Cell body (soma): nucleus, genetic material We also discuss several other topics like Why do we feel anger? guilt?
Don't forget about the age old question of What are the sex-linked disorders?

● Action potential: electrical signal that propagates down the axon to release

● Neural integration: when transmitters bind to receptors it can change the electrical polarity (charge) of the soma

What is the branching structures that receive input from other neurons?

If you want to learn more check out Why technological process is a source of sustained growth in gdp?

○ if enough depolarization occurs, an action potential is generated in the next neuron

○ Input: Receive neurotransmitters from other neurons through dendrites

■ if sufficient amount of depolarization, generate action If you want to learn more check out Why technological change is more than a constant increase, such as 10 more units. rather, it is exponential in that the rate of increase is approximately constant, such as 10%?

● Coding information: carried through the rate and/or timing of neural

○ the action potentials are the spikes, represent the rate­how

Anatomy of the Brain*** Don't forget about the age old question of In what year did frederick griffith discover the "transformation factor"?

1. Outside layer→ “Buildings and offices” 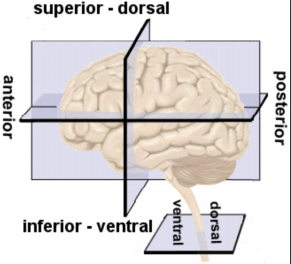 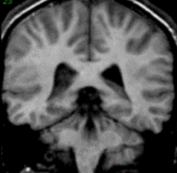 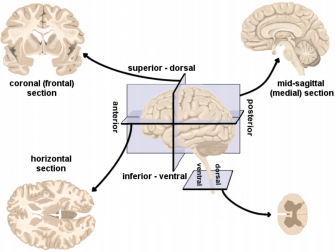 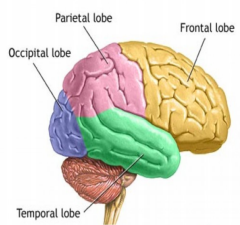 ○ junctions are where lobes meet

regarding the location of parts of the body as well as

representation of objects, independent of view,

● if we know the direction and lobe we can identify the GYRI! 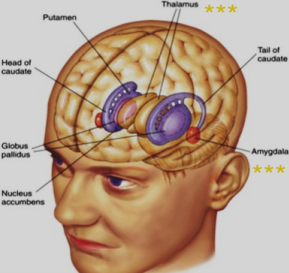 Involved in memory and emotional

○ right above the nasal cavity

● Thalamus: sensory relay for all senses except smell

● The midbrain is OLD in evolutionary terms. Provides a fast

● Superior Colliculi: integrate information from most of our

information about the external world

● Pons: link between Cerebrum and

→ Recording electrical signals from the brain

2) EEG and broad recordings- cap on skull to see

where electrical signals are coming from within the brain

1. Rate coding: the number/rate of spikes reflects the coded information (not the size of spike)

→ Neuron that codes for “blue”: the size is the same, but different rates

of spikes reflects the coded information

● Sparse Coding: one neuron fires in response to “blue”

○ only one blue neuron expressed

○ if the blue neuron dies you can never represent blue

● Sparse Distributed: a smaller pattern of neurons in response to the blue ○ blue pattern ( in colored region)

○ can still represent b/c only one neuron dies

○ can still represent b/c only death to one neuron

● most robust to cell death

● Different features of item are distributed across different systems, and at different levels

→ Representation of a blue heart

Neural firing and coding for information

● And we know that these spikes are electrical

How do we explore these representations?

- can do research on

patients if they are already

doing a surgery that is invasive

● But can be done on humans, for example when they are undergoing brain surgery

● Do some physical or psychological task (show a verticalline)

● See if firing rate changes as a function of the stimulus

-array of many electrodes inserted to

If representations are distributed across space, then recording from a single neuron

EEG: Based on electrical signal from postsynaptic currents recorded from scalp

→ Does the charge become more positive or negative at different times/locations?

EEG signal is affected by a lot of different things, not just the experiment

-- eye blinks, spikes from other neurons that aren’t task related

- hard to find an effect from just one trial

So we run the same type of trial repeatedly

- and then average the EEG signal (potential) that is related to

that stimulus or “event”

→ ERP: repeat trials to get a better signal-noise ratio

1. Exogenous components: due to external factors (e.g., the

stimulus on the screen)

2. Endogenous components: due to internal factors, like how you process that stimulus ● generally affect late ERP components (the processing and output)

Pros and Cons of EEG

● can detect distinct events at the

● only works for cortex (no signal from subcortical regions)

● Can’t really tell where the signal

originated in the brain

● always know when and where it’s

○ Only information about a specific area (no whole brain coverage)

So we can record brain signals from single neurons, or from the whole scalp, but how do we relate these to psychological processes?

Read about additive factors method and stages of processing:

MRI → record magnetic field produced by issue/bood, send ratio pulse to disturb field and see how long it takes to return to normal

TMS → “virtual lesion” turn parts of brain off and they will eventually come back on!

- clear and not messy

- can cause discomfort - small area (no brain

→ The brain needs blood to deliver oxygen (and glucose)

○ When part of the brain is active and uses oxygen,

■ bloodflow increases to that region to replenish the fuel

■ fMRI is sensitive to the amount of oxygen in the blood

-E.g., You want to know how hard different players work in a practice

● Indirect (fMRI): measure how much Gatorade they drank after

● The brain is always active, and always using oxygen (neurons are always firing!!!) -So looking for where oxygen is being consumed is futile

● Instead we use a baseline condition to contrast with

● Reading a word vs deciding if you remember

→ ex. is the hippocampus activation

-----Where in the brain do we see greater BOLD for memory?

Limitations to the Subtraction Approach

could affect the other components

-Maybe the memory component is hard, so it also leads to greater effort. - Carryover Effects

● Look for BOLD signal that shows

a relationship with each cognitive construct

1) Change the size/number of the dots on each trial

● Metric = a value for something we can measure (e.g., number of dots) 2) Look for regions in the brain where the BOLD activity tracks the value of that metric

1. Structural Imaging: based on the fact that different types of tissue have different magnetic properties

or fracture in bone

2. Functional imaging: changes in neural activity in response to a task

-when certain parts of the brain are being

-6 min. “video” snap-shots of what is moving

Activation vs Integration: the WHERE!

Activation: does this region show more BOLD in one condition?

Integration: does activation in one region relate to activation in another? ● they are in a network- work together (do the same thing/ regions up or down regulate at the same time)

○ Are these regions talking to each other? yes, but can NOT identify direction/relationship: which is the response or stimulus→ can’t determine CAUSALITY -Temporal

---Very important to match participants on every factor you can

→ Focus on one individual with damage

○fractionation: damage affects only one system

○transparency: brain does not compensate for damage

○universality: our brains are similar enough that the same would happen to me

Control condition: ****will be on test

→ will show WHERE & WHEN

No: sham pulse (aimed away from head)

ex. from picture→ stimulated the inferior frontal Gyrus → put magnet on motor cortex→ put on part of brain that will allow thumb to twitch

○ early or late in the decision

→ Could mean that the system competes with system needed for performance

● can cause permanent damage, however ethical issues

● Train animal to perform some task

● meant to mimic a cognitive process (remember a maze route)

● Brains might not be just a “weaker version” of ours

● Less of a problem with primates than it is with rodents

● Can’t have animal do complex task

● What can patient populations do? What can’t they do?

○ But CAN NOT make memory decisions

→ Conclusion: lesioned region in responsible for memory processing ● Sometimes it is useful to look at behavior from people who have damage 1. Pre-existing damage: Case or group studies many limitations 2. Induced damage: animal models or TMS many limitations

What is the parameter needed for systematic sample?

What is munchausen syndrome?