Description: Here are all of the notes for the second test

Evolutionary Psychology Concepts on the Brain and Intelligence

a Didn’t know much about the brain

b Thought brain was all the same

i But knew you needed it for intelligence

c Brain is a general processor

a Phrenologists believed in Phrenology

i Study of the mind

b Method: feel the skull, read the bumps on your head

c Idea: different parts of the brain do different jobs

What is the title of the book that daniel guleman wrote?

1 If you are outside of the room, you can’t really hear what’s going

on inside the room but you understand that something is wrong

2 If you are inside the room, you understand everything

b Not a cognitive disorder

2 First intelligence test constructed in 1905 by French Psychologists Binet & Simon a Purpose: Good­developed at request of French ministry of education

What do you call the smallest particle of light?

Don't forget about the age old question of What is the purpose of conducting an experiment? how does an experimental design accomplish its purpose?
If you want to learn more check out Opioids are derived from what seed?

i Tested kids based on chronological age We also discuss several other topics like What is the difference between the null and alternative hypothesis?

1 Looked for an average score

a Looked at mental age of children

i Compared this to a child’s chronological age 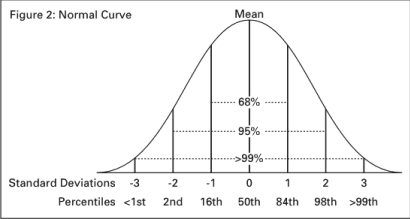 ∙ How spread out are your scores?

∙ Average distance the scores are from the mean

∙ IQ = Normally distributed We also discuss several other topics like What is storming of the bastille all about?

o They suffered from a severe form of epilepsy (severe seizers)

∙ Electrical storms, in the brain, travel through motor cortex and

 Children can have ‘petite mal’

∙ Less severe than grand mal, most of them out grow it

 If medication didn’t work, surgery was suggested as treatment, not a cure  Line down the brain is called longitudinal fissure

o Doctors thought if you cut through the brain, it would help diminish symptoms  It worked but had side effects

o Drilled two holes in the front of the brain

∙ They were emotionally and intellectually

∙ Made patients easy to handle

∙ Had a drastic effect on the individual

o When the 2 psychologists studied it, they found no other

 They studied them under controlled experimental

1. Patients sit down at table

a. It would have common objects on them

2. Put a screen between the patient and the objects so patients could not see the objects 3. Patients reach underneath the screen to try and identify it

a. When touching it with their right hand, they knew what the object was and could  identify it

b. When touching it with their left hand, they didn’t know what the object was or  what to call it

i. But they could draw it

 They have remarkable skills at an early age

o They had ONE remarkable intelligence

b. Sensitivity to sound

2. Has Means of Expression

a. Playing an instrument

3. Identify which part of the brain where intelligence is located

b. Means of Expression: plays instrument

k Expression: Being a good friend, spouse, a social worker

m Definable Core Operation: Know thy self, honest with themselves

1 Psychoanalysis (Study of the mind)

a First patient was himself for 18 months

He has added two since his book Frames of Mind 1983, these are not in the original book:

a. Definable Core Operation: ability to find patterns in nature

a. Definable Core Operation: Ask the big questions (“Why are we here?”) b. Expressions: Writing, Speaking, Philosophy

i. Example: Shakespeare “to be or not to be?”

o Emotional Intelligence is the key to success

∙ Ability to manage others

Marvin Minsky – not a psychologist, computerist

o Intelligence is the combination of many little intelligences, works best when you  put together

o Specialized to do 1 thing

∙ What goes on in your brain

o My brain sees it because it’s out there

∙ Happens at the level of senses

o What happens in the eye

 Condition to see something is light

o Has cells that are responsive to light

∙ If you were in a dark room for 10 minutes,

eye becomes “dark adapted” – you would be

∙ You can see a single candle on a dark night

∙ Color vision – you need more light to see it

1. Perception flips the image right­side  up

2. 3D Perception of the world

3. Blind Spots – holes in your picture of  the world. They are always changing

3. Vision is whole, your brain fills in the  gaps

4. 1 image of the world, your brain  mixes the two images together*

*Physical evidence for perception being an active process

Modules are the reason we are so good at perception

The Gestalt Laws of Visual Organization

a. We group items together by proximity 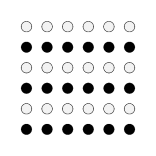 a. Grouped by similar appearance

a. Symmetrical areas “pop out” as the figure

b. Symmetry by color and shape

∙ Appears different from what it usually is

∙ As the object gets further away, it gets smaller

o “reads depth” into the stimulus

 We did not evolve to interpret 2D pics, we interpret 3D images

∙ The moon is always the same distance from us

∙ How is it explained?

o Depth – how we read it

o If the teacher moves back he gets smaller

o If he moves closer he gets bigger

 He doesn’t shrink or become a giant

 We have good visual processing because we have modules for it

1. In our evolutionary psychology history, for millions of years, we were Nomads a. We only settled down 10,000 years ago

a. Adaptable traits become a part of our species

b. There must be gender differences between men and women

i. If all this is true, then there must be gender differences

iii. We are specialized to move around

1. Men and women are quite close in how they move

3. They are a better hunter and better warrior

a. This benefits hunters

o Women will ask for directions and men won’t

o Women know what is around the house

 Bring person into a room, there are objects in this room, you tell the  person to memorize the location of the objects in the room

 Way better than men in this area by a lot

Salivary secretion is stimulated by?