You can bet I'll be grabbing Madeleine studyguide for finals. Couldn't have made it this week without your help!

• Hand = the physically, mental extension of our mind

• Hand—acts as signature of the artist

• Dots—hallway to lead to people 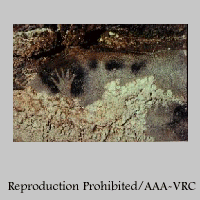 • No Paleolithic artist has repeated the same work, instead concentrated on  representational art

o Some images are charging out into our space suggesting

o A composition that tells a narrative 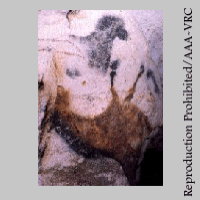 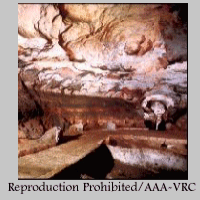 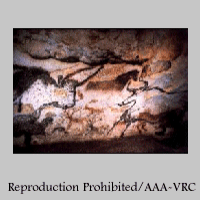 What is chauvet cave?

If you want to learn more check out What types of social media data can be analyzed? 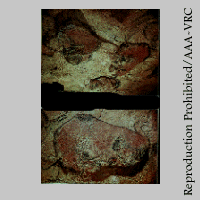 We also discuss several other topics like What is america's first constitution?

• The age of paintings… 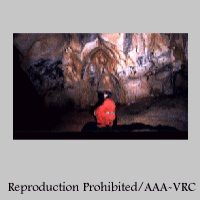 • Standardized shape, all look alike  Don't forget about the age old question of What would study genetic basics of autism? 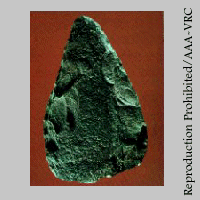 • Functional objects—works of art meant to be used 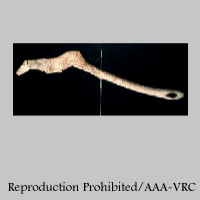 • Neither purely decorative or utilitarian

• squatter proportions Don't forget about the age old question of What is the social darwinism theory?

• looks down with blank featureless face 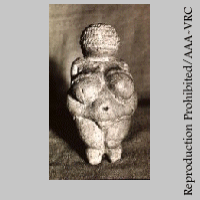 • DignityWe also discuss several other topics like What does a molecular clock measure? 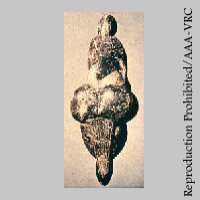 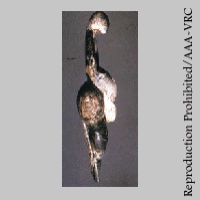 • Places left hand on her abdomen to call attention to it

• In her right hand bison horn with 13 engravings 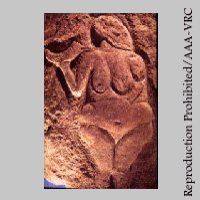 • Shapes, postures, positions suggested to be painted by the Paleolithic  peoples

• Pareidolia: reading into the patterns of nature

a. Work of people of leisure, creation of aesthetic interest only 2. Fertility/Hunting Magic Theory

• The very act of making art was religious

• “Magic” in the doing of art, not the contemplation of art

• (Rite of passage) Animals that young man will have to hunt 2. Conceptual/Symbolic Theories

a. Paleolithic art—not as naturalistic

• Information for future generations would know the types of animals

Some caves painted quickly and some painted over millennia

THE EMERGENCE OF CIVILIZATION IN THE NEAR EAST

Emphasis to the action of the hunt, human figure/activities/warfare

“Neolithic Revolution”???? in the Fertile Crescent

• Plaster/mud to recreate face of the dead

• Evidence for sculptural abilities of Jericho

• Testimony for capacity of naturalism 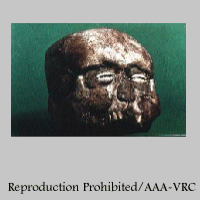 • First ever to make pottery

• Context of goddess for culture: domestic 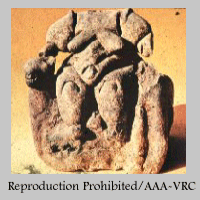 Interest in expression—writing first came into use

• Engraved: physical features of which rulers can be recognized— iconography

• The city Ruler Tending the flocks of Inanna, Uruk 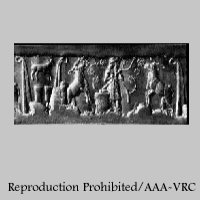 • Development of iconography of the ruler/king

• Theme 1: The “contract” of blessing & service between mortals and their  gods…if mortals properly served gods

• Theme 2: the glorification of kings. Propagandizing might & power of  kings

• Middle band: nudity of figures = humility/procession imagined to conclude  in the top band. Inanna and the marriage as well as a fertility symbol for  the land that was celebrated yearly for the continuous prosperity of  Mesopotamia.

• No writing on the stone to identify true meaning

• Parading with divine procession towards Abu, carrying a cup or folding  their hands devoutly…gods and mortals share the same space. Gods are  blessing the mortals for their allegiance to the cosmos.

banquet of the underworld

The Standard of Ur

• One depicts ravages of war and the other prosperity of peace

o Commemorates victory of a king, but without a text, the history of  the Standard of Ur is unknown

• Similar to the Lion-Hunter Stele b/c two images

• Read from left to right

• More important figures are larger (not a realistic portrayal)

• The beard is important in deciding if success came from fighting on the  side of the city waged in the world of the gods, but “Eannatum” written on  side of the base

o If Ningirsu????traditional intersection of moral & divine spheres o If Eannatum????commemorating human achievements alone (not  dependent upon the gods)

o Literally and figuratively above the female

invincible, he is all powerful

• One scene????located on a mountain/hill: new relationship between nature  and people

• Movement seen in the act of climbing

• Everything happened all at once

• A. Commemoration to pious service

• B. Celebration of earthly victories

o Chaotic because of fragmented geography

o Land of 1 river (the Nile), that compresses fertile valleys to create  the “Black Land”

• The King (Pharaoh) was a god, so all had to be good in life

• Style: representational character vs. (Susa A Ware goblet where image  placed in service of architecture) no obvious relationship for shape of

vase; representation for its own sake—very different course from

• Mural = not a Mesopotamian art form

• Black + white boats represent a “symbolic universe” are objects of  civilization indicating motion of time threatened by nature, violence?  • Life is a perpetual voyage through time

• Icon: rule????victory of Pharaoh over its enemies in the same pose, seen  over and over (i.e. kneeling figures on horizontal groundline = simple  origins for organizing)

• Digging irrigation project for benefit of his people

• Ground line still not there

Palette of Narmer, from Hierakonoplois, Archaic (0-1)

• Sandal bearer on its own ground line

*There is more clarity in Narmer vs. the Battlefield Palette

Bent (Southern) Dahsuhr Pyramid of Sneferu, Old Kingdom, Dynasty IV • Angle decreases as a result from an unstable base to carry such a steep  angle upward (bent at 54 degrees)

• Planned to have gentle slope—43 degrees

• Base of pyramid virtually flat on all sides—engineering feat

• How? Theory = ramps for layering courses of stone blocks

• Located in front of the Pyramid of Khafre

• By painting on wall, the very act ensured that Hippo hunting would  continue in the afterlife

o Shows how closely related painting and sculpture were

o Legs of herdsmen carved, legs painted below waterline but not  carved

• Bust made of limestone coated in layer of painted plaster, which allowed  for more sensitive treatment of the surface (i.e. furrowed brows).

• Look of weary, worry???? a true intelligence behind the face of a man who  has devoted his life to Egypt/political career but his physical self has  taken a toll.

• Nothing more naturalistic than this bust

• Remarkable for its idealism—handsome, slender, youthful

• Still idealized, but no longer stands alone, queen embraces Pharaoh  instead of Horus

• Pose: faces right, some rendered frontally and parts in profile view • This pose is the canonical pose—because representation of human figure  was most clear

• Attached to artificial backboard in high relief = canon of Dynasty V • Grid system: strict canon. Let no doubt on how to structure/proportion  the human figure

• No longer idealized portrait, depicted with heavy furrows, sags  underneath the eyes

• Represents mood and age: anxiety of a ruler

An empire more so than a kingdom

The Valley of the Kings, The New Kingdom

• Temples = where spirits were worshipped

• Tombs = pharaohs buried with their gold, silver, and lapis lazuli •

Temple of Hatshepsut, The New Kingdom

• Strong-willed woman who claims herself as king, not queen of Upper  Egypt

• Skin color reddish brown + royal beard, as if she were a man

(portrait of Hatshepsut) (Hatshepsut as Osiris)

• Depicted being crowned pharaoh by the great god Amon-Ra

• Series of terraces inspired by Temple of Mentuhotep (nearby)

• Temple built into the rock face

• Hatshepsut fuses the temple with cliffs

• Sympathetic relationship that is new???? manmade architecture and natural  elements

• Murals: arguing for her right to rule????convince viewer of Hatshepsut’s  devotion to Amon-Ra

• Axis is aligned with temple of Amon-Ra across the Nile

• The “Napoleon of Egypt”

• Ordered the mutilation of Hatshepsut’s statue

• Obelisk symbol of the sun

• Occupied too much precious black land and destroyed

• Reflects social movement paralleled to a decrease in light. Focuses down  on cult statue. Axiality reinforces power of the god and hierarchy of  Egyptian world

a. Prehistoric attitude—make functional items that are also

b. Absence of landscape + vegetation

a. Much smaller scale than Paleolithic (i.e. Lascaux)

b. Emphasis on action of the hunt

i. Rise of towns/cities (permanent architecture)

c. Development of iconography of the ruler/king

i. Blessing and service to gods for rewards

a. Marked divide of church and state

b. To achieve political stability: ruled by dynastic principle

i. Commemoration to pious service

• Egypt unified for a third time under Ahmos

What is a scarcity in economics?

Give a characteristic of adhd.