Description: Covers all key terms and calculations that will be present on exam 3 in detail.

If you want to pass this class, use these notes. Period. I for sure will!

what is Barter system?

Barter system: double coincidence of wants; difficult and can be inconvenient

1. Medium of Exchange: buyers give to sellers for G&S

2. Unit of Account: measuring tool people use to record debt and make prices 3. Store of Value: item that’s purchase power lasts from present to future 4. Standard of Deferred Payment: not only exchangeable today; can buy today and  pay in the future

The Money Supply: quantity of money available in the economy

• Currency: paper bills and coins in the hands of the public (non-bank) • Demand deposits: Bank account balances that depositors can access w/ a check  (checkable deposits)

• Banks keep reserves (fraction of deposits) and the rest is given out as loans:  Based on Goldsmith’s principle

• How they bank makes money

• Reserve Ratio, R: fraction of deposits held as reserves If you want to learn more check out outermost meninx covering the brain

o Total reserves are a percentage

o Excess Reserve: amount beyond what bank must hold

• Liabilities: what bank owes to deposit

Banks suffered losses in mortgage loans and in backed up securities. Caused by  widespread defaults.

• Credit Crunch: banks reduce lending because they have too little capital  o Fed and Treasury can inject money

Measuring the Cost of Living:

• Consumer Price Index (CPI): Key measurement of inflation use in the U.S o Use Bureau of Labor Statistics (BLS) to calculate

4. Select a base year and calc. index

5. CPI in any year equals

a. The percentage of change in the CPI from the previous period

a. Substitution bias: prices change, we change. However; the Basket’s fixed 2. New Good Introduced Don't forget about the age old question of system of a down osu

a. Not included in CPI since new

b. Quality change not measured

o Nominal Interest Rate: Rate of growth measured in Face (dollar) value of a  deposit or debt. NOT corrected for inflation

o Real Interest Rate: Rate of growth in measured in purchasing power of a  deposit or debt.  Corrected for inflation

• Inflation:  the general increase in prices of things people wish to buy/sell o Cause CPI and nominal wages to increase together over long term  • Misallocation of resources create relative price variability

Downward pressure on price, not all bad • However: 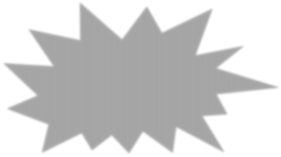 Finial Goods: for the end user

1. Consumption (C): Total spending by on G&S by a household

2. Investment (I): Total spending on:

o Capital equipment: help in the production of other G&S

o Inventories: goods that have been produced, but not sold

• GDP’s importance to us:

• It is a price index (measurement of overall prices).  Can be used to calculate  inflation

• A countries standard of living depends on their ability to produce G&S o Depends on productivity: The value of output produced per unit of labor

• Society’s understanding of the best way to create G&S

o Political instability: Uncertainty over whether property rights will be  protected in the future is created

o Inward-oriented policies: limits on investments from abroad. Avoid  interaction with other countries

• 3 ways it can affect living standards:

b. Applies to H as well