Nikola Tesla (18571943) was an American electrical engineer who experimented with

Nikola Tesla (1857–1943) was an American electrical engineer who experimented with electric induction. Tesla built a large coil with a very large inductance, shown in Figure P 7.5-1. The coil was connected to a source current

so that the inductor current \(i_L = i_s\). Find the voltage across the inductor and explain the discharge in the air shown in the figure. Assume that L = 200 H and the average discharge distance is 2 m. Note that the dielectric strength of air is \(3 \times 10^6\ V/m\). 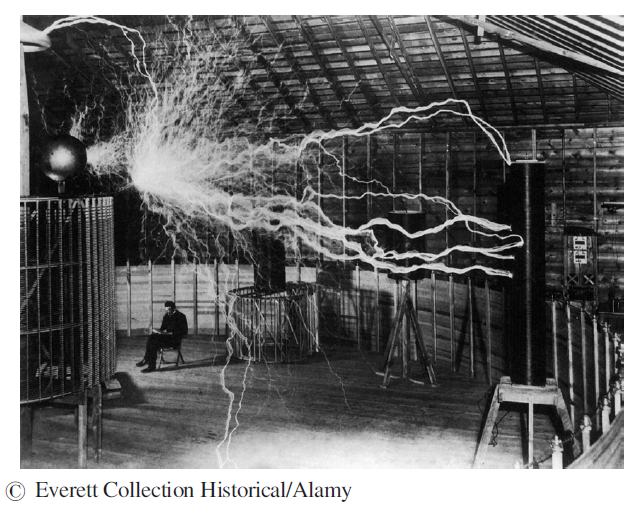 Nikola Tesla sits impassively as alternating current induction coils discharge millions of volts with a roar audible 10 miles away (about 1910).

It is required to find the voltage across the inductor. It can be found using the following formula:

For the given current and inductance we have:

Nikola Tesla (18571943) was an American electrical engineer who experimented with

No thanks, I don't need help